International health insurance Canada. First of all, your medical insurance is available on a first Euro basis. In other words, that means fully private. Also it is available on Top-Up to CFE, for those who are eligible. In general, CFE concerns French expats.

Above all, download and read the supporting documents. Then, contact us for a quote! Basically, Indigo Expat plans support you during your expatriation. In addition, it provides you with a very good international health insurance for Canada. Finally, eligible expatriates are european citizens living and/or residing abroad. Also non-european citizens residing in a Member State of the European Union.

Contact us for a quote for your international health insurance Canada!

Canada is a country located in the northern part of North America. Its ten provinces and three territories extend from the Atlantic to the Pacific and northward into the Arctic Ocean, covering 9.98 million square kilometres (3.85 million square miles), making it the world’s second-largest country by total area. Canada’s southern border with the United States is the world’s longest bi-national land border. 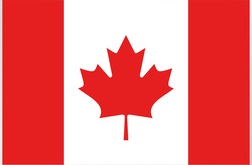 The globe’s second-biggest country has an endless variety of landscapes, and nature is why many visitors come. Sky-high mountains, glinting glaciers, spectral rainforests and remote beaches are all here, spread across six times zones. They’re the backdrop for plenty of ‘ah’-inspiring moments – and for a big cast of local characters. That’s big as in polar bears, grizzly bears, whales and everyone’s favorite, moose.

The terrain also makes for a fantastic playground. Whether it’s snowboarding Whistler’s mountains, surfing Nova Scotia’s swells, wreck diving in the turquoise waters off the Bruce Peninsula or kayaking the white-frothed South Nahanni River in the Northwest Territories, adventures abound. There are gentler options, too, such as strolling Vancouver’s Stanley Park and swimming off Prince Edward Island’s pink-sand beaches.

First, Canada belongs to the zone of cover 2. Nevertheless you can select the most accurate one between the 4 zones of cover:

Pay attention to regulation for your international health insurance Canada

Please note that subscribing to an international health insurance Canada does not free you from the local regulations. If you are eligible to contribute to the local healthcare system in certain countries and do not have local cover in place, you may be subject to paying a tax levy.