Find your international health insurance Kuwait on this web site! First, your expatriate medical plan is available on a 1st € basis. In other words, that means fully private insurance. In the end, the cover is available on Top-Up to CFE (French expats).

Kuwait, officially the State of Kuwait, is a country in Western Asia. Situated in the northern edge of Eastern Arabia at the tip of the Persian Gulf, it shares borders with Iraq and Saudi Arabia. 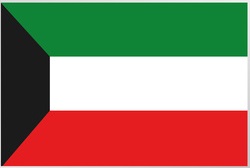 Cradled between Saudi Arabia and Iraq in one of the most ancient and contested corners of the world, Kuwait has a certain cachet.

It may be as oil-rich as other Gulf countries, and its architectural landscape as experimental and audacious, but it hasn’t embraced glitz and glamour in the same way: perhaps it’s the years lost to the Iraqi invasion and its aftermath, or maybe it’s a conscious decision not to give in to commercialism.

⇒ Kuwait on WHO

First, Kuwait belongs to the zone of cover 2. However you can select zone 3 or 4 if it better fits with your needs. In conclusion, zones of cover are:

Moncey comparators for your international health insurance in Kuwait

At Moncey Assurances, we propose you the international health insurance for Kuwait which best meets your expectations. For this reason, Indigo Expat coverages are compared with 1st class selected expatriate medical plans. In the end, you have all data in your hands to take your decision.

Pay attention to regulation for your international health insurance Kuwait