Firts of all, fnd your international health insurance Australia with Indigo Expat! Because your expatriate medical plan for Australia is at one’s disposal on this web site. Also, note that it is a fully private insurance. That means a 1st € contract. Finally, the plan is also available on Top Up CFE (French expats).

Above all, get your quote online! Basically, Indigo Expat plan supports your expatriation in Australia. In fact, it provides you with a comprehensive cover. After all, Indigo Expat offers you great services 24/7.

Australia, officially the Commonwealth of Australia, is a country located in Asia. In addition, it shares its borders with Papua New Guinea, Indonesia, East Timor, Solomon Islands, Vanuatu and New Zealand. Finally, it is the largest country in Oceania. 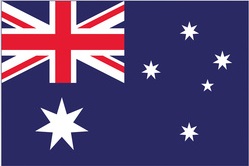 Australia is the unexpected. A place where the world’s oldest cultures share vast ochre plains, stylish laneways and blue waters with successive waves of new arrivals from across the globe.

Australia is the name for a land that counts many countries. To understand the latter walk in the footsteps of the first peoples. Whether you’re tracing outlines of rock art more than 20,000 years old in Kakadu National Park. Or  floating in the azure waters of Rottnest Island, you are on Indigenous land.

⇒ Australia on WHO

Firstly, Australia belongs to the zone of cover 2. Nevertheless you can select zone 3 or 4 if it better fits with your needs. In conclusion, zones of cover are:

Moncey comparators for your international health insurance in Australia

At Moncey Assurances, we propose you the international health insurance which best meets your expectations. In a nutshell, Indigo Expat plans are compared with a range of selected expatriate medical plans. In the end, make your decision with all data in your hands.

Pay attention to regulation for your international health insurance Australia

Note that an international health insurance Australia does not free you from the local regulation. In short, pay attention and contribute to the local healthcare system when mandatory.