Find your international health insurance Mozambique on this web site! First, your expatriate medical plan is available on a 1st € basis. In other words, that means fully private insurance. In the end, the cover is available on Top-Up to CFE (French expats).

Mozambique, officially the Republic of Mozambique, is a country located in Southeast Africa. It is bordered by the Indian Ocean, Tanzania, Malawi and Zambia, Zimbabwe, and Eswatini (Swaziland) and South Africa. 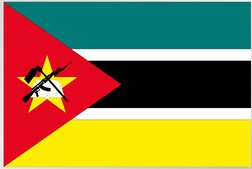 Mozambique beckons with its coastline and swaying palms, its traditions, its cultures, its vibe and its opportunities for adventure.

This enigmatic southeast African country is well off most travellers’ maps, but it has much to offer those who venture here: long, dune-fringed beaches, turquoise waters abounding in shoals of colourful fish, well-preserved corals, remote archipelagos in the north, pounding surf in the south and graceful dhows with billowing sails.

⇒ Mozambique on WHO

First, Mozambique belongs to the zone of cover 2. However you can select zone 3 or 4 if it better fits with your needs. In conclusion, zones of cover are:

At Moncey Assurances, we propose you the international health insurance for Mozambique which best meets your expectations. For this reason, Indigo Expat coverages are compared with 1st class selected expatriate medical plans. In the end, you have all data in your hands to take your decision.

Pay attention to regulation for your international health insurance Mozambique