Find your international health insurance Azerbaijan on this web site! First, your expatriate medical plan is available on a 1st € basis. In other words, that means fully private insurance. Also the cover is available on Top-Up to CFE (French expats).

Azerbaijan, officially the Republic of Azerbaijan, is a country in the South Caucasus region of Eurasia. It is located at the crossroads of Eastern Europe and Western Asia. It is bounded by the Caspian Sea to the east, Russia to the north, Georgia to the northwest, Armenia to the west and Iran to the south. 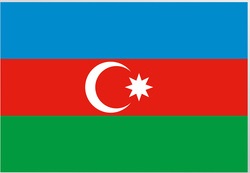 Billing itself as the ‘Land of Fire’. Azerbaijan (Azərbaycan) is a tangle of contradictions and contrasts. Neither Europe nor Asia, it’s a nexus of ancient historical empires.

But also a ‘new’ nation which has undergone an extraordinary transformation from the war-ravaged post-Soviet 1990s to an oil-enriched host of Formula 1 and Europa League football.

⇒ Azerbaijan on WHO

First, Azerbaijan belongs to the zone of cover 2. Nevertheless you can select the zone which best fit to your needs (with upper levels). Finally, zones of cover are:

Moncey comparators for your international health insurance in Azerbaijan

At Moncey Assurances, we present you the international health insurance for Azerbaijan which best fit with your expectations. In a nutshell, Indigo Expat plans are compared with a range of selected expatriate medical plans. In the end, make your decision with main data in your hands.

Pay attention to regulation for your international health insurance Azerbaijan