Find your international health insurance Saudi Arabia on this web site! First, your expatriate medical plan is available on a 1st € basis. In other words, that means fully private insurance. In the end, the cover is available on Top-Up to CFE (French expats).

Saudi Arabia, officially the Kingdom of Saudi Arabia, is a country in Western Asia constituting the bulk of the Arabian Peninsula. Saudi Arabia is bordered by Jordan, Iraq, Kuwait, Qatar and Bahrain. Alos, it shares borders with the UAE, Oman and Yemen. 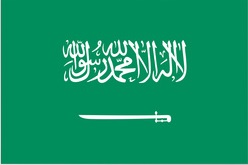 If there is a final frontier of tourism left, it’s Saudi Arabia. The birthplace and spiritual home of Islam, Saudi Arabia is rich in attractions and stirring symbolism.

For Muslims, the cities of Mecca and Medina, rich in Prophetic significance, have no equal, while the carved temples of Madain Saleh, known as the second Petra, and the sophisticated rock art at Jubbah are the Kingdom’s greatest pre-Islamic treasures.

⇒ Saudi Arabia on WHO

First, Saudi Arabia belongs to the zone of cover 2. However you can select zone 3 or 4 if it better fits with your needs. In conclusion, zones of cover are:

At Moncey Assurances, we propose you the international health insurance for Saudi Arabia which best meets your expectations. For this reason, Indigo Expat coverages are compared with 1st class selected expatriate medical plans. In the end, you have all data in your hands to take your decision.