First, find your international health insurance China today! Second, your expatriate medical plan for China is at one’s disposal on this web site. Also, note that it is a fully private insurance. That means a 1st € contract. Finally, the plan is also available on Top Up CFE (French expats).

Above all, get your quote online! Basically, Indigo Expat plan supports your expatriation in China. In fact, it provides you with a complete cover. After all, Indigo Expat also offers you great services 24/7.

Firstly, China, officially the People’s Republic of China (PRC) since 1949, is a country located in East Asia. Secondly, the country is divided into 23 provinces, 5 autonomous regions, 4 direct controlled municipalities. Finally, one should add Hong Kong and Macau. 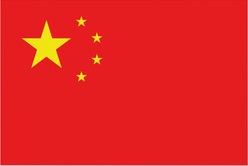 Its modern face is dazzling, but China is no one-trick pony. The world’s oldest continuous civilisation isn’t all smoked glass and brushed aluminium. And while you won’t be tripping over artefacts – three decades of round the clock development and rash town planning have taken their toll – rich seams of antiquity await.

Serve it all up according to taste: collapsing sections of the Great Wall, temple topped mountains, villages that time forgot, languorous water towns, sublime Buddhist grottoes and ancient desert forts.

⇒ China on WHO

First, China belongs to the zone of cover 4. Finally, zones of cover are:

Moncey comparators for your international health insurance in China

At Moncey Assurances, we present you the expat health insurance which best fit with your expectations. In a nutshell, Indigo Expat plans are compared with a range of selected expatriate medical plans. In the end, make your decision with main data in your hands.

Pay attention to regulation for your international health insurance China

Note that an international health insurance China does not free you from the local regulation. Therefore, pay attention and contribute to the local healthcare system when mandatory.