Find your international health insurance Japan on this web site! First, your expatriate medical plan is available on a 1st € basis. In other words, that means fully private insurance. Also the cover is available on Top-Up to CFE (French expats).

Japan is an island country in East Asia. Located in the Pacific Ocean, it lies off the eastern coast of the Asian continent. And it stretches from the East China Sea and the Philippine Sea to the Sea of Okhotsk. 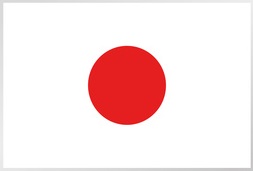 Japan is truly timeless, a place where ancient traditions are fused with modern life as if it were the most natural thing in the world.

On the surface Japan appears exceedingly modern, but travelling around it offers numerous opportunities to connect with the country’s traditional culture.

⇒ Japan on WHO

First, Japan belongs to the zone of cover 2. Nevertheless you can select the zone which best fit to your needs (with upper levels). Finally, zones of cover are:

At Moncey Assurances, we present you the international health insurance for Japan which best fit with your expectations. In a nutshell, Indigo Expat plans are compared with a range of selected expatriate medical plans. In the end, make your decision with main data in your hands.

Pay attention to regulation for your international health insurance Japan