First, find your international health insurance Andorra today! Second, your expatriate medical plan for Andorra is at one’s disposal on this web site. Also, note that it is a fully private insurance. That means a 1st € contract. Finally, the plan is also available on Top-Up CFE for French expats.

Above all, get your quote online! Basically, Indigo Expat plan supports your expatriation in Andorra. In fact, it provides you with a complete cover. Then Indigo Expat also offers you great services 24/7.

Andorra, also called the Principality of the Valleys of Andorra, is a sovereign landlocked microstate on the Iberian Peninsula. It shares borders with France and Spain. 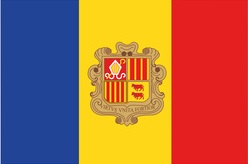 With its 468 sq km of tumbling valleys, Romanesque churches and sky-reaching peaks wedged between France and Spain, Andorra offers by far the best ski slopes and resort facilities in the entire Pyrenees. Once the snow melts, there’s outstanding walking, ranging from easy strolls to demanding day hikes in the Principality’s higher, more remote reaches, where you can wander for hours, almost alone.

Bustling capital Andorra la Vella is crammed with traffic and duty-free day trippers, retaining just a sprinkle of character in its centuries-old Barri Antic. That’s all soon forgotten, though, once you strike out above the tight valleys.

According to local legend, Andorra was founded by Charlemagne in the 9th century. Until the 1993 proclamation of its constitution, this Catalan-speaking minicountry was jointly governed for over 700 years by two co-princes: Spain’s bishop of Urgell. And the French president, who remain honorary heads of state.

⇒ Andorra on WHO

First, Andorra belongs to the zone of cover 2. However you can select zone 3 or 4 if it better fits with your needs. In conclusion, zones of cover are:

Moncey comparators for your international health insurance in Andorra

At Moncey Assurances, we propose you the international health insurance for Andorra which best meets your expectations. For this reason, Indigo Expat coverages are compared with 1st class selected expatriate medical plans. In the end, you have all data in your hands to take your decision.

Pay attention to regulation for your international health insurance Andorra

Note that an international health insurance Andorra does not free you from the local regulation. Therefore, pay attention and contribute to the local healthcare system when mandatory.