Find your international health insurance Spain on this web site! First, your expatriate medical plan is available on a 1st € basis. In other words, that means fully private insurance. Also the cover is available on Top-Up to CFE (French expats).

Spain, officially the Kingdom of Spain, is a country mostly located on the Iberian Peninsula in Europe. Its territory also includes two archipelagoes: the Canary Islands off the coast of Africa, and the Balearic Islands in the Mediterranean Sea. 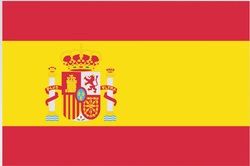 Passionate, sophisticated and devoted to living the good life, Spain is both a stereotype come to life and a country more diverse than you ever imagined.

Everywhere you go, villages of timeless beauty perch on hilltops, huddle in valleys and cling to coastal outcrops as tiny but resilient outposts of Old Spain. That’s where the country’s charms are most likely to take hold.

⇒ Germany on WHO

First, Spain belongs to the zone of cover 2. Nevertheless you can select the zone which best fit to your needs (with upper levels). Finally, zones of cover are:

At Moncey Assurances, we present you the international health insurance for Spain which best fit with your expectations. In a nutshell, Indigo Expat plans are compared with a range of selected expatriate medical plans. In the end, make your decision with main data in your hands.

Pay attention to regulation for your international health insurance Spain

Note that an expatriate health insurance does not free you from the local regulation. Therefore, pay attention and contribute to the local healthcare system when mandatory.