First, find your international health insurance France today! Second, your expatriate medical plan for France is at one’s disposal on this web site. Also, note that it is a fully private insurance. That means a 1st € contract. Finally, insurance tax applies in France and have to be added to premium.

France, officially the French Republic, is a country mainly located in Western Europe. The metropolitan area of France extends from the Rhine to the Atlantic Ocean. Also, from the Mediterranean Sea to the English Channel and the North Sea. France shares its borders with Belgium, Luxembourg, Germany. Finally, it shares also borders with Switzerland, Italy, Andorra and Spain. 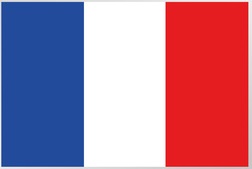 France seduces travellers with its familiar culture, woven around cafe terraces, village square markets and lace curtained bistros with their plat du jour chalked on the board.

France is about world class art and architecture. It seduces with iconic landmarks known the world over and rising stars yet to be discovered. This country’s cultural repertoire is staggering – in volume and diversity. And this is where the beauty of la belle France lies: when superstars such as Mle Eiffel, royal Versailles and the celebrity ridden French Riviera have been ticked off, there’s ample more to thrill.

⇒ France on WHO

First, France belongs to the zone of cover 2. However you can select zone 23 or 4. Finally, zones of cover are:

At Moncey Assurances, we propose exclusive comparators. Thus, you can easely compare and select your international health insurance for France. Indigo Expat plans are compared with other 1st class expatriate medical plans. At the end of the day, you have all data in your hands to make your decision.

Note that an international health insurance for France does not free you from the local regulation. Therefore, contribute to the local healthcare system when mandatory.