Find your international health insurance Mauritania on this web site! First, your expatriate medical plan is available on a 1st € basis. In other words, that means fully private insurance. In the end, the cover is available on Top-Up to CFE (French expats).

Mauritania, officially the Islamic Republic of Mauritania, is a country in Northwest Africa.  It is the eleventh largest sovereign state in Africa. The country is bordered by the Atlantic Ocean, Western Sahara, Algeria, Mali and Senegal. 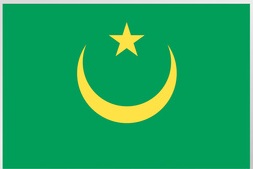 Driving through the vast, sun-bleached landscape of Mauritania, you’d be forgiven for expecting to see a tricked-out post-apocalyptic hot rod from Mad Max: Fury Road on the horizon.

Instead, a solitary, turbaned figure tending a herd of goats tells the story of survival amid millennial-old geological forces.

⇒ Mauritania on WHO

First, Mauritania belongs to the zone of cover 1. However you can select zone 2, 3 or 4 if it better fits with your needs. In conclusion, zones of cover are:

Moncey comparators for your international health insurance in Mauritania

At Moncey Assurances, we propose you the international health insurance for Mauritania which best meets your expectations. For this reason, Indigo Expat coverages are compared with 1st class selected expatriate medical plans. In the end, you have all data in your hands to take your decision.

Pay attention to regulation for your international health insurance Mauritania