First, find your international health insurance Algeria today! Second, your expatriate medical plan for Algeria is at one’s disposal on this web site. Also, note that it is a fully private insurance. That means a 1st € contract. Finally, the plan is also available on Top Up to CFE.

By the way, get your quote online! On one hand, Indigo Expat plan supports your expatriation in Algeria. On the other hand, it provides you with a complete cover. Then, Indigo Expat also offers you great services 24/7.

First, Algeria belongs to the zone of cover 1. However you can select zone 2, 3 or 4. Finally, zones of cover are:

Since 2022, a new solution is available for young expatriates: Indigo Expat Junior. I.e. for those who are less than 30 years old. All conditions (incl. rates) are downloadable on this page.

At Moncey Assurances, we propose exclusive comparators. Thus, you can easely compare and select your international health insurance for Algeria. Indigo Expat plans are compared with other 1st class expatriate medical plans. At the end of the day, you have all data in your hands to make your decision.

Algeria, officially the People’s Democratic Republic of Algeria, is a country in the Maghreb (Northwest Africa). Algeria is bordered by Tunisia, Libya, Morocco and the Western Saharan territory. But also by Mauritania, Mali, Niger and the Mediterranean Sea. 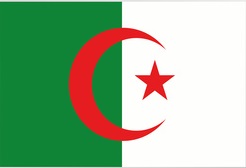 Africa’s largest country lies just a short hop from Europe. The north, with its snow flecked mountains and stunning coastline, is home to urbane and charismatic cities such as Algiers and Constantine, as well as some of the most magnificent Roman sites in existence including Timgad and Djemila, both vast, perfectly preserved Roman towns with barely another tourist in sight.

Algeria’s other big draw is its extraordinary Saharan region. Whether it’s a glimpse of the sand seas that surround Timimoun, or the burnt red mountains of the far south, these are the desert landscapes of legend.

⇒ Algeria on WHO

Note that an expatriate health cover does not free you from the local regulation. Therefore, contribute to the local healthcare system when mandatory.