International health insurance South Africa. First of all, your medical insurance is available on a first Euro basis. That means fully private. But also on top-up to Caisse des Français de l’Etranger, for those who are eligible.

In order to have a better overview, download and read the supporting documents. Contact us for a quote! Indigo Expat plans support you during your expatriation. And provide you with a very good international health insurance for South Africa. Eligible expatriates are european citizens living and/or residing abroad. And non-european citizens residing in a Member State of the European Union.

South Africa, officially the Republic of South Africa (RSA), is the southernmost country in Africa. It is bounded to the south by 2,798 kilometres (1,739 mi) of coastline of Southern Africa stretching along the South Atlantic and Indian Oceans; to the north by the neighbouring countries of Namibia, Botswana, and Zimbabwe; and to the east and northeast by Mozambique and Eswatini (Swaziland); and it surrounds the enclaved country of Lesotho. 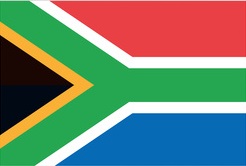 Angola belongs to the zone of cover 2. But you have the opportunity to select the most accurate one between 4 zones of cover:

Outside your zone of cover, members are covered during 6 weeks in case of accident or unforseen illness.

At Moncey Assurances, we present you the coverage which best fit with your expectations. Therefore, our own products – ie. Indigo Expat – are presented in our exclusive comparators. In fact, you can compare them with our selection of international covers. Make your decision with all major advantages and disavantages in your hands.

Please note that subscribing to an international health insurance does not free you from the local regulations.