First, find your international health insurance Netherlands today! Second, your expatriate medical plan for the Netherlands is at one’s disposal on this web site. Also, note that it is a fully private insurance. That means a 1st € contract. Finally, the plan is also available on Top Up to CFE for French expats.

By the way, get your quote online! On one hand, Indigo Expat plan supports your expatriation in the Netherlands. On the other hand, it provides you with a complete cover. Then, Indigo Expat also offers you great services 24/7.

First, Netherlands belongs to the zone of cover 2. However you can select zone 3 or 4. Finally, zones of cover are:

At Moncey Assurances, we propose exclusive comparators. Thus, you can easely compare and select your international health insurance for Netherlands. Indigo Expat plans are compared with other 1st class expatriate medical plans. At the end of the day, you have all data in your hands to make your decision.

Kingdom of the Netherlands

The Netherlands is a country located mainly in Europe. The European portion of the Netherlands consists of twelve provinces. It shares borders with Germany, Belgium and the North Sea. But also with the United Kingdom and Germany. 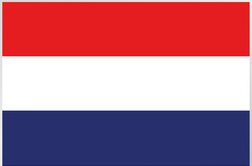 When the Dutch say café they mean a pub, and there are thousands – with glorious summertime terraces peppering flower-strewn canals, looking out to sea, hidden down ancient lanes, standing on every town’s Grote Markt (market square).

In a country that values socialising and conversation more than drinking, cafés are places for go-slow contemplation and camaraderie, over dusk-time borrel (drinks) with bar snacks or a fabulous meal any time of day. The ultimate café kick: revelling in that deliciously snug, Dutch state of gezelligheid (conviviality, cosiness) in a timeless bruin café (brown cafe), named for the nicotine stains of centuries past.

⇒ Netherlands on WHO

Note that an international health insurance Netherlands does not free you from the local regulation. Therefore, contribute to the local healthcare system when mandatory.