First, find your international health insurance Luxembourg today! Second, your expatriate medical plan for Luxembourg is at one’s disposal on this web site. Also, note that it is a fully private insurance. That means a 1st € contract. Finally, the plan is also available on Top-Up CFE for French expats.

By the way, get your quote online! On one hand, Indigo Expat plan supports your expatriation in Luxembourg. On the other hand, it provides you with a complete cover. Then, Indigo Expat also offers you great services 24/7.

Luxembourg, officially the Grand Duchy of Luxembourg, is a small country located in Europe. It shares its borders with Belgium, Germany and France. Its capital, Luxembourg City, is one of the four official capitals of the European Union. 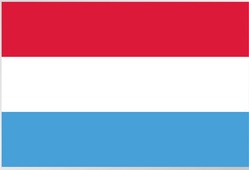 Stretching just 82km and 57km at its longest and widest points respectively, diminutive Luxembourg is a charming slice of northern Europe that consistently ranks among the world’s top three nations in both wealth and wine consumption.

The Grand Duchy’s capital, Luxembourg City, has a fairy-tale quality to its Unesco listed historic core, perched on a dramatic clifftop. Beyond in the rolling forested hills, a string of beguiling villages clusters beneath stunning medieval castles. Then there’s superb wine tasting in the Moselle Valley and hiking in the rugged, rocky gorges of the Müllerthal region.

⇒ Luxembourg on WHO

First, Luxembourg belongs to the zone of cover 2. However you can select zone 3 or 4 if it better fits with your needs. Finally, zones of cover are:

At Moncey Assurances, we propose exclusive comparators. Thus, you can easely compare and select your international health insurance for Luxembourg. Indigo Expat plans are compared with other 1st class expatriate medical plans. At the end of the day, you have all data in your hands to make your decision.

Note that an international health insurance Luxembourg does not free you from the local regulation. Therefore, contribute to the local healthcare system when mandatory.