International health insurance Monaco. First of all, your medical insurance is available on a first Euro basis. In other words, that means fully private. Also it is available on Top-Up to CFE, for those who are eligible. In general, CFE concerns French expats.

Above all, download and read the supporting documents. Then, contact us for a quote! Basically, Indigo Expat plans support you during your expatriation. In addition, it provides you with a very good international health insurance for Monaco. Finally, eligible expatriates are european citizens living and/or residing abroad. Also non-european citizens residing in a Member State of the European Union.

Contact us for a quote international health insurance Monaco!

Monaco, officially the Principality of Monaco, is a sovereign city-state, country and microstate on the French Riviera in Western Europe. France borders the country on three sides while the other side borders the Mediterranean Sea. Monaco is also located close to Italy, although it has no direct border. 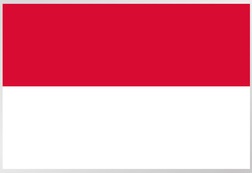 Squeezed into just 200 hectares, Monaco might be the world’s second-smallest country (only the Vatican is smaller), but what it lacks in size it makes up for in attitude. A magnet for high-rollers and hedonists since the early 20th century, it’s also renowned as one of the world’s most notorious tax havens and home to the annual Formula One Grand Prix.

Despite its prodigious wealth, Monaco is far from being the French Riviera’s prettiest town. World-famous Monte Carlo is basically an ode to concrete and glass, dominated by high-rise hotels, super yachts and apartment blocks that rise into the hills like ranks of dominoes, plonked into an utterly bewildering street layout seemingly designed to confound lowly pedestrians.

In dramatic contrast, the rocky outcrop known as Le Rocher, jutting out on the south side of the port, is crowned by a rather charming old town, home to the principality’s royal palace.

First, Monaco belongs to the zone of cover 2. Nevertheless you can select the most accurate one between the 4 zones of cover:

Pay attention to regulation for your international health insurance Monaco

Please note that subscribing to an international health insurance Monaco does not free you from the local regulation. If you are eligible to contribute to the local healthcare system in certain countries and do not have local cover in place, you may be subject to paying a tax levy.

This website uses cookies to improve your experience while you navigate through the website. Out of these, the cookies that are categorized as necessary are stored on your browser as they are essential for the working of basic functionalities of the website. We also use third-party cookies that help us analyze and understand how you use this website. These cookies will be stored in your browser only with your consent. You also have the option to opt-out of these cookies. But opting out of some of these cookies may affect your browsing experience.
Nécessaire Toujours activé

Any cookies that may not be particularly necessary for the website to function and is used specifically to collect user personal data via analytics, ads, other embedded contents are termed as non-necessary cookies. It is mandatory to procure user consent prior to running these cookies on your website.