Find your international health insurance Bhutan on this web site! First, your expatriate medical plan is available on a 1st € basis. In other words, that means fully private insurance. Also the cover is available on Top-Up to CFE (French expats).

Bhutan, officially the Kingdom of Bhutan, is a landlocked country in South Asia. Located in the Eastern Himalayas, it is bordered by Tibet Autonomous Region of China in the north, the Sikkim state of India and the Chumbi Valley of Tibet in the west, the Arunachal Pradesh state of India in the east, and the states of Assam and West Bengal in the south. 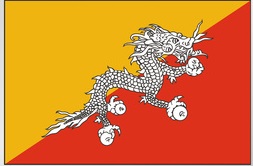 Bhutan is no ordinary place. It is the last great Himalayan kingdom, shrouded in mystery and magic, where a traditional Buddhist culture carefully embraces global developments.

The Bhutanese pride themselves on a sustainable approach to tourism in line with the philosophy of Gross National Happiness.

⇒ Bhutan on WHO

First, Bhutan belongs to the zone of cover 1. Nevertheless you can select the zone which best fit to your needs (with upper levels). Finally, zones of cover are:

Moncey comparators for your international health insurance in Bhutan

At Moncey Assurances, we present you the international health insurance for Bhutan which best fit with your expectations. In a nutshell, Indigo Expat plans are compared with a range of selected expatriate medical plans. In the end, make your decision with main data in your hands.

Pay attention to regulation for your international health insurance Bhutan