Find your international health insurance San Marino on this web site! First, your expatriate medical plan is available on a 1st € basis. In other words, that means fully private insurance. In the end, the cover is available on Top-Up to CFE (French expats). 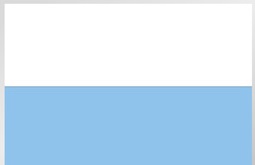 Of Earth’s 196 independent countries, San Marino is the fifth smallest and – arguably – the most curious. How it exists at all is something of an enigma. A sole survivor of Italy’s once powerful city-state network, this landlocked micronation clung on long after the more powerful kingdoms of Genoa and Venice folded.

And still it clings, secure in its status as the world’s oldest surviving sovereign state and its oldest republic (since AD 301).

⇒ San Marino on WHO

First, San Marino belongs to the zone of cover 1. However you can select zone 2, 3 or 4 if it better fits with your needs. In conclusion, zones of cover are:

At Moncey Assurances, we propose you the international health insurance for San Marino which best meets your expectations. For this reason, Indigo Expat coverages are compared with 1st class selected expatriate medical plans. In the end, you have all data in your hands to take your decision.