First, find your international health insurance Lebanon today! Second, your expatriate medical plan for Lebanon is at one’s disposal on this web site. Also, note that it is a fully private insurance. That means a 1st € contract. Finally, the plan is also available on Top-Up CFE for French expats.

By the way, get your quote online! Basically, Indigo Expat plan supports your expatriation in Lebanon. In fact, it provides you with a complete cover. Then, Indigo Expat also offers you great services 24/7.

Lebanon, officially known as the Lebanese Republic, is a country in Western Asia. It shares its bords with Syria, Israel and Cyprus. 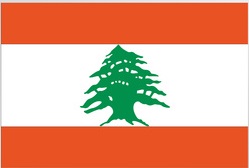 This diminutive Mediterranean nation is a fascinating nexus point of the Middle East and the West; of Christianity and Islam; of tradition and modernity.

It’s a place where culture, family and religion are all-important, but where sectarian violence can too often erupt – claiming lives and scarring both the landscape and the national psyche.

⇒ Lebanon on WHO

First, Lebanon belongs to the zone of cover 2. However you can select zone 3 or 4 if it better fits with your needs. In conclusion, zones of cover are:

Moncey comparators for your international health insurance in Lebanon

At Moncey Assurances, we propose you the international health insurance for Lebanon which best meets your expectations. For this reason, Indigo Expat coverages are compared with 1st class selected expatriate medical plans. In the end, you have all data in your hands to take your decision.

Pay attention to regulation for your international health insurance Lebanon